Street Scenes from the Philippines

The week before the 3/11 Japanese earthquake/tsunami/nuclear disaster turned everything upside down, I made a short trip to the Philippines to visit family in Iloilo City on the island of Panay. I didn’t have time to do any real sightseeing, but I did spent a fair amount of time being shuttled around in taxis, which gave me ample opportunity to snap lots of shots of the local streets. This was my fourth time in the Philippines, and I find that it’s always a little difficult to describe the area to people who’ve never been  there before. So, this time, I come armed with pictures. Given that I was in a moving vehicle at the time, many of them are a bit blurry, but I think that they give you an interesting taste of the area. 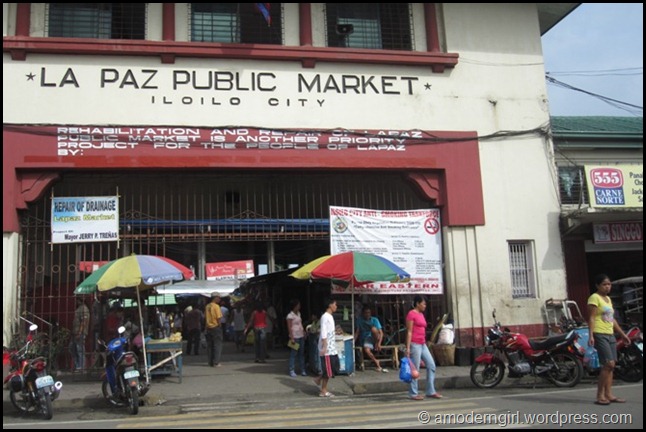 Iloilo is a very urban area with a history dating back to the Spanish colonial period. It started out as a scattered group of fishermen’s hamlets and became the second most important port of call in the colony (after Manila) after 1855, due to the shipment of sugar products from the neighboring Negros Island. Iloilo declined, however, after World War II.

Many of the prettiest buildings around are religious in nature, such as Jaro Cathedral, the spires of which you can see in the picture above (click the link to see a better picture). The cathedral is dedicated to the Virgin Mary due to a reportedly miraculous statue  located above its main door. The statue was crowned by Pope John Paul II in 1982, making it the only religious icon in the country to have been personally crowned by a pope.

There are a number of old churches scattered around and outside town (like the one above). One of the most striking things about Iloilo is the variety of public transportation options available. Besides your typical taxis, there are also a huge number of tricicads roaming the streets. Tricicads are essentially bikes or motorbikes with a side or rear car designed for carrying passengers:

They can also be creatively rigged to used to carry even odd-sized inanimate objects:

There are also jeepneys, open jeeps with bench style seating, which you can hail and jump aboard (though you would be wise to keep a close hold on your purse or wallet on these): 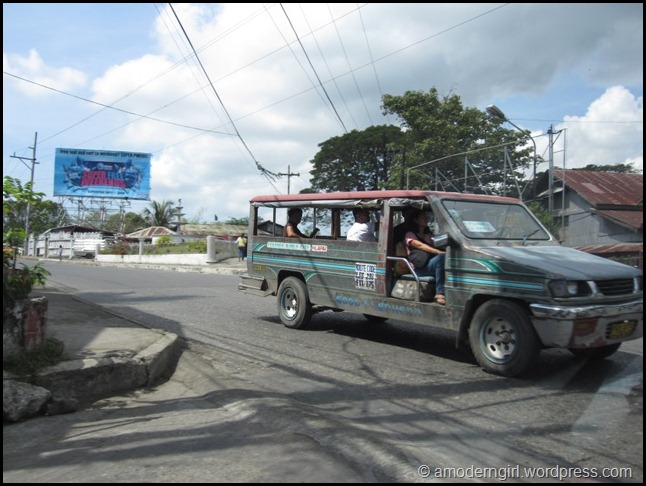 More generally, there is an interesting diversity of buildings around town. Though there are certainly new structures and huge shopping malls like SM City (the second-largest shopping mall in the entire Visayas Region), there are also countless numbers of small shops and makeshift stalls lining the streets, selling everything from fruit to trinkets to furniture. There are huge houses from the Spanish era that have been abandoned or converted into schools. But there are also widespread signs of poverty in the people walking or sitting on the streets. 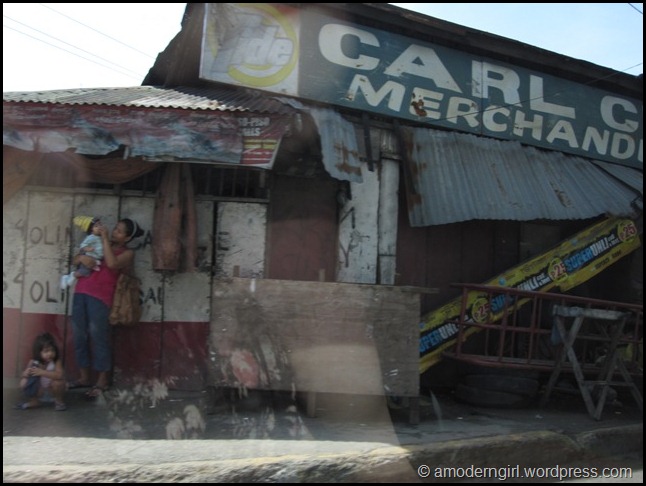 And as you get further outside the city, you even see farmland with caribou, which used to be far more common in the area, even a decade or two ago:

I like to watch all of the people going about their daily lives, usually garbed in the uniform of their school or workplace. The city is always bustling, if not chaotic, and it’s interesting to think about what my life would have been like if I, like my cousins, had been born here instead of in the United States. 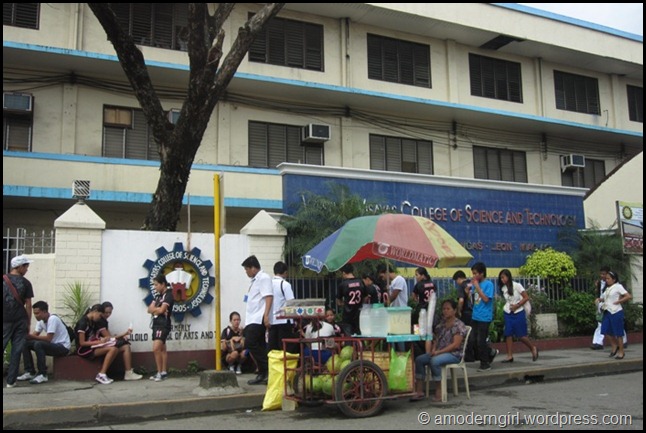 As you’re reading this, I am on my way back to Tokyo (finally). I’m going to try and make a push to get through my posts from my China trip in the next couple of weeks that way we can get back to more Japan-related goodness. There should be lots of blogging in my future!