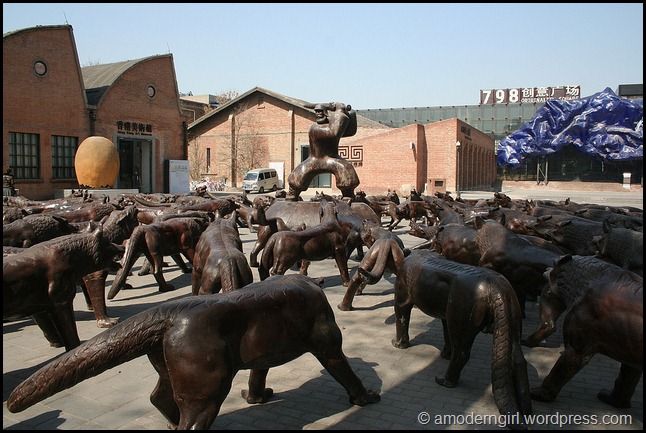 So, my time in China was amazing and jam-packed with awesome sightseeing and eating. I think I took over 1,000 photos over the course of the 2.5 weeks I spent in Beijing and Xi’an, so it’s going to take me a while to sort/tag/post all of those to Flickr. But I hope to share some of the highlights with you here.

On our second full day in Beijing, we visited 798 (also known as the Dashanzi Art District), a thriving artistic community built in the midst of a complex of old decommissioned military factory buildings. The factories were originally built as an extension of the military-industrial cooperation between the Soviet Union and the PRC, with great involvement by East Germany as well. (Apparently, the three countries got into a lot of disagreements surrounding the building process—for example, the East Germans demanded much higher construction quality standards than the Chinese or the Soviets.) The factories did quite well for a time, but they came under pressure during the reforms of the 1980s, when many state-owned enterprises were deprived of government support. 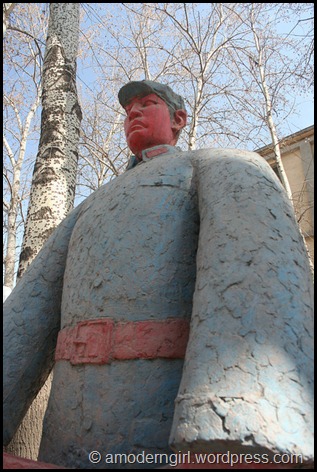 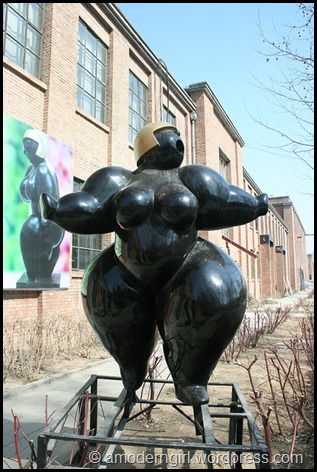 Around the same time that the factories were vacated, the Beijing art community was looking for a new home. A variety of different types of artists gradually moved into the buildings during the 1990s and early 2000s. Interestingly, though the area is often referred to as “798,” Factory 798 is only one of several structures within the complex, which was formerly known as Joint Factory 718. Anyway, with time, the area began to become increasingly gentrified as more high-end galleries, companies, shops, and eateries began to see its appeal. 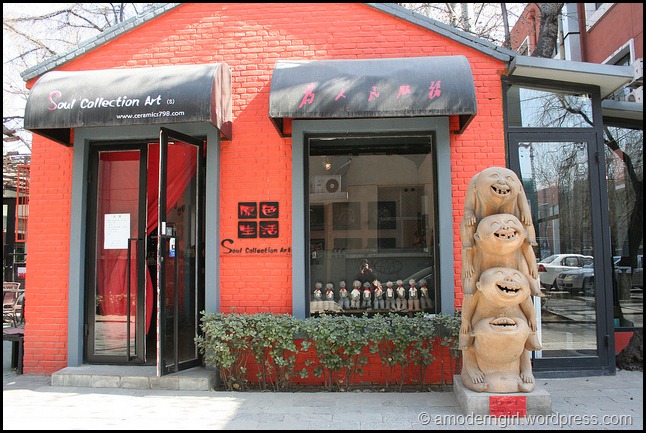 Interestingly, the area was also threatened with closure in the mid-2000s. The factory complex was originally chosen by the artists because it was on the periphery of the city, but as Beijing has expanded and changed, 798 has now found itself in a strategic area between the Capital Airport and downtown. Given the insanity of Chinese real estate values, developers were considering demolishing the buildings of building high-tech industrial facilities, despite the lobbying of many artists and others who argued that the art district could raise the value of property, as in Greenwich Village or SoHo in New York. But in 2007, it was decided that the area would continue as a “special art zone,” and it seems to be doing well today, though the status of property in China is less predictable than in other countries. 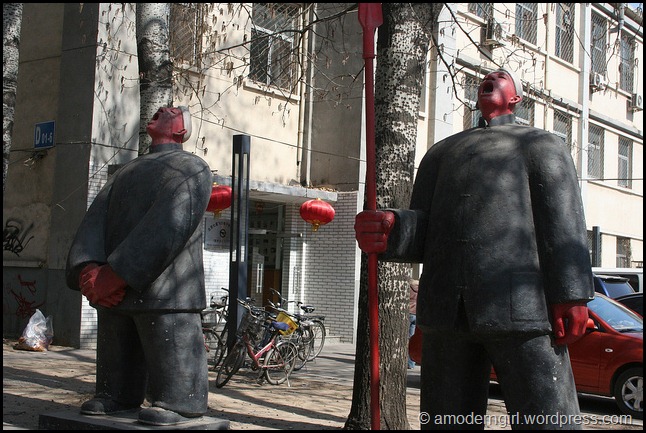 In any case, it was a fun and relaxing experience walking around. We came without a map and wound our way among the various factory buildings. Every little street and alley seemed to house some kind of gallery or shop or art installation. The friend who was showing us around said that she would frequently stumble upon something amazing on her visits to 798 and subsequently never be able to find that thing again—either because galleries had changed or because there was simply so much packed into the maze of a space. Perhaps because it was a weekday in March, there weren’t many other sightseers around, so it felt a little like we had the place to ourselves.  Occasionally, we would pass a small group of Chinese people playing cards or passing the time in other relaxing ways. We also ran across some people doing a curious photo shoot involving a young woman in a tutu and a couple of small toy airplanes. 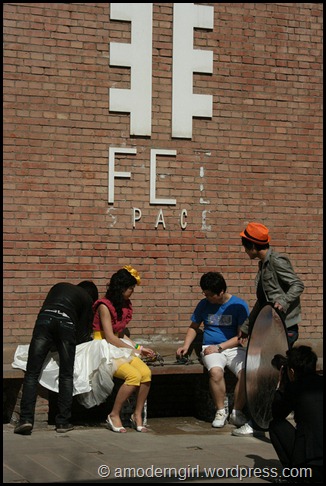 I really enjoyed the way that the factory buildings themselves seemed to become works of art, augmenting the installations and exhibitions that had been set up in and around them. Every once in a while, we would stumbled across some odd bit of equipment from the old days and speculate as to what its original purpose might have been. 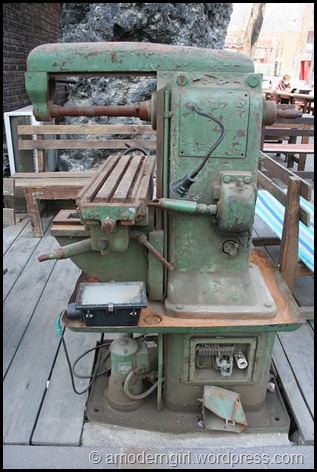 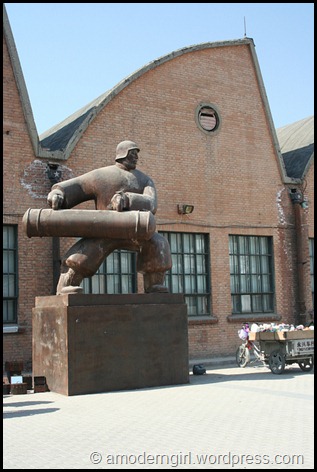 If I lived in Beijing, I could definitely see myself spending more time in this place, getting to know its nooks and crannies (and possibly spending a lot of money on wacky art). The majority of the galleries were free, which made it an affordable way to see a wide variety of exhibits. If you’re visiting Beijing and looking for a break from historical landmarks, this could be the place for you.

In closing, I give you a picture of a man in a bathtub filled with tomatoes. 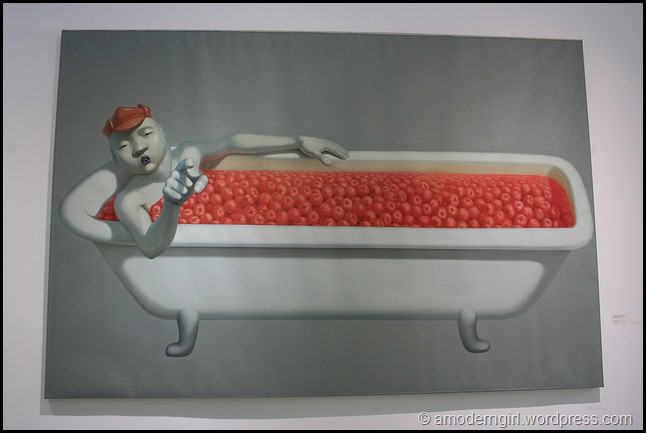